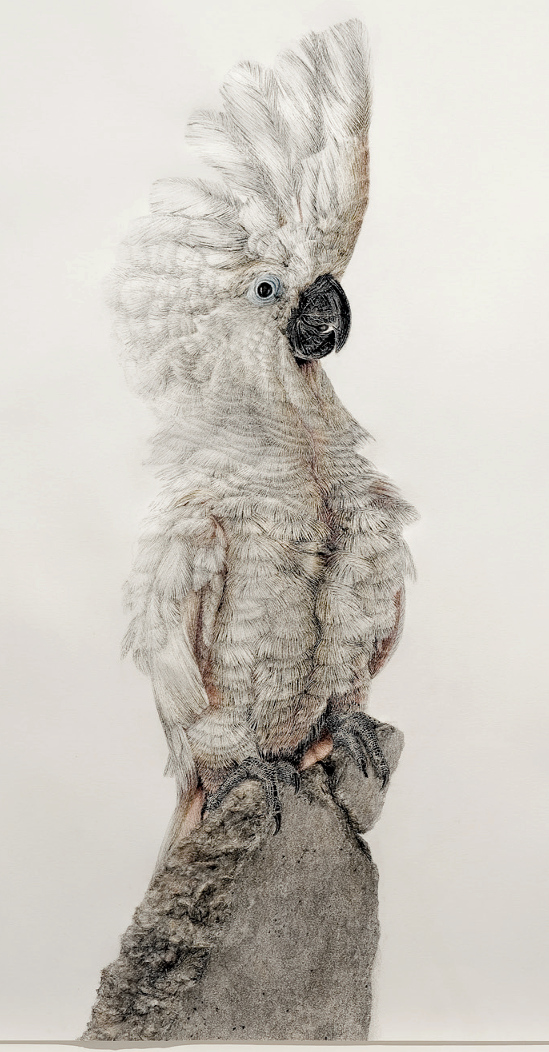 INTRODUCTION: An Experiment on a Bird

Before the Kakadu (Cockatoo) might be killed in an earthquake experiment by concrete slabs, according to the probability distribution, he still has something to say. The bird is not only exposed to the seismic risk, but, in case of a calculated earthquake and a calculated subsequent building collapse, he will enounce an early warning, speak out loud the countdown and finally instruct a navigation for rescue.

The drawings of the new project titled »An Experiment on a Bird« relate to experiments and installations of Svenja Schüffler concerning seismic risk and early warning, trying to intersect art and science. The experiments and underlying ideas are introduced at the platform Anthropocene Curriculum of Haus der Kulturen der Welt HKW/Max Planck Institute for the History of Science in the form of essays at the following links: Installing Seismic Risk of Istanbul // KAIROS Earthquake Early Warning Application

On the other hand the project »An Experiment on a Bird« is a critial juxtaposition to the canonical experiment of Robert Boyle in creating objective scientific matters of facts by observing effects of a scientific set up. This is documented in the painting An Experiment on a Bird in the Air Pump by Joseph Wright of Derby, 1768, at National Gallery of Art, London. The drawing by Svenja Schüffler is a miniature that mimics the original painting.

The seismic risk installation and experiment foregrounds the issue of the seismic risk and the practices of earthquake science, distinguished by a special kind of epistemology and methdology: technologies of monitoring, simulation and model calculation to forecast. Elicitated and testfied matters of fact are characterised as uncertain knowledge expressed as probabilities and probability distributions.

The Kakadu here, is again the experimental animal whose experience and living state testifies and mediates the matters of facts presented as probabilities and materialized during the seismic risk experiment. The state of the bird as well mediates possible concerns. Concerns and alerts expressed by the bird, the scientific community, the new smart technologies of early warning and the public.

The project is inspired by e.g.:
cf. Franke. A, 2014: Forensic Scenography. In The Architecture of Public Truth, edited by Forensic Architecture
cf. Shapin S. & Schaffer S., 1985: Leviathan and the Air-Pump: Hobbes, Boyle, and the Experimental Life 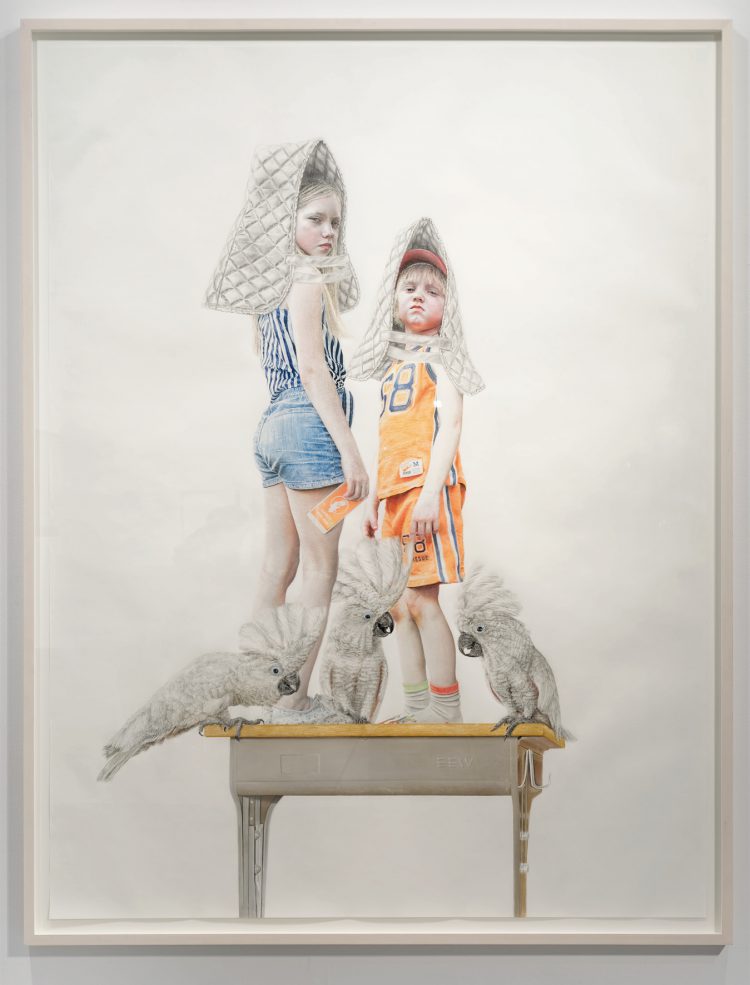 An Experiment under a Concrete Slab 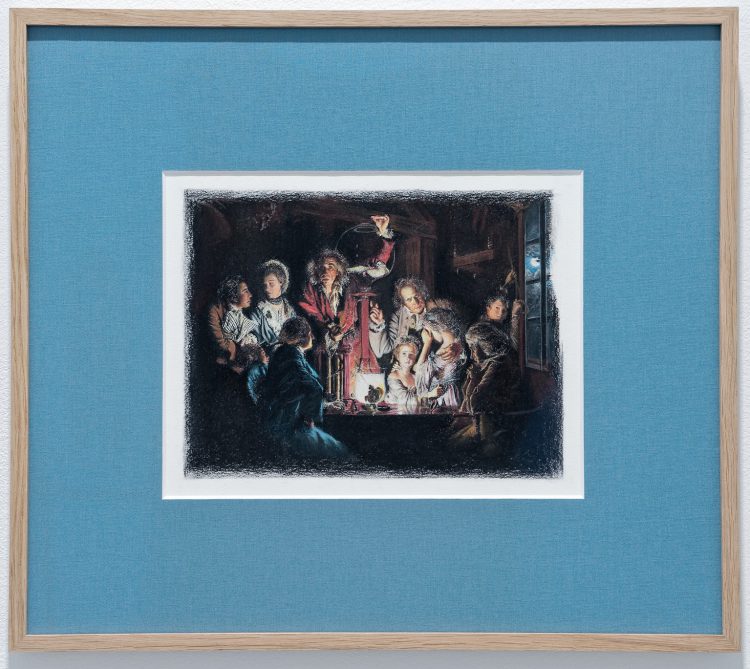 An Experiment on a Bird in the Air Pump (Miniatur)

An experiment on a bird in the air pump (miniature, prototype), chalk pastels on paper, 22,5cm x 17cm, 2016. The drawing by Svenja Schüffler is a miniature that mimics the original painting. Photograph: ©... 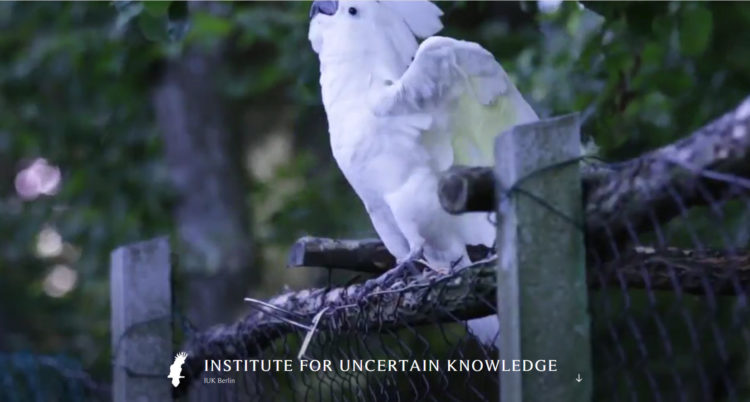 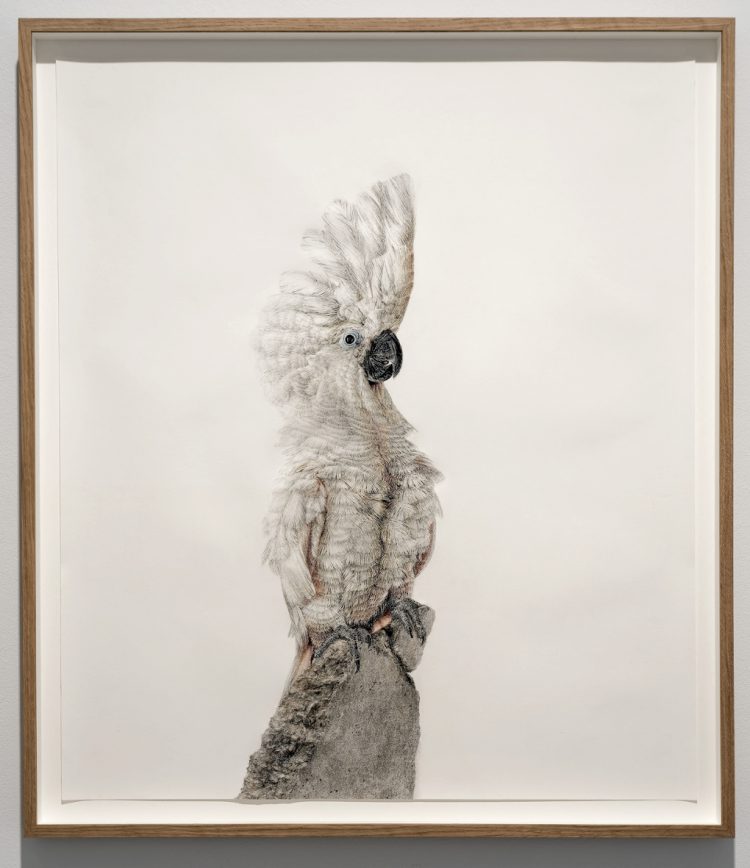